"The referee advice is gold. I know of few better sources for concisely explaining what to prioritize when running this sort of game." - Brendan S, Necropraxis, Wonder and Wickedness

"I often quibble with RPG magic systems either being too complex or too restrictive, but this hit a great balance between flexibility and ease-of-use, while adding a special dash of creativity and Lady Luck." - Ars Magisterii

"Maze Rats is a light, brutal roleplaying game of fantasy adventure which is supported by random inspiration aplenty, which lends itself to a lighter, slightly whimsical tone. It is quick to learn, quick to teach, and easy to play, relying on player ingenuity and cleverness rather than a reliance upon the mechanics." - Reviews from R'lyeh

Maze Rats is an RPG and sandbox toolkit for old-school-style adventuring. It contains a single, compact page of rules, a one-page character creation guide, a hand-drawn character sheet, and eight pages of 36-item random tables, rollable with two six-sided dice. Each page contains 9-12 tables, covering spell generation, monster generation, NPCs, treasures, cities, wildernesses, and dungeons. If you run (or have always wanted to run) open sandbox adventures, Maze Rats offers everything you need in a compact, easily-referenced format. Also included is two pages of advice for preparing and running open-world games in the OSR style.

The game system itself is 2d6 based. Character are extremely quick to generate, making it great for convention games, one-shots, or introducing new players. The game is highly lethal, and assumes a style of play where caution is essential to long-term survival. It is technically classless, but the leveling options allow players to specialize in fighting, thievery or wizardry or some mixture of the three. Magic is simple and chaotic, with new randomly-generated spells filling the magic-user's head each night. Everything about the game is designed to be as clean, fast, and intuitive as possible, while driving players towards creative solutions rather than brute force (though brute force is always an option).

Join our growing Maze Rats community for rules discussions, new tables, and new hacks of the Maze Rats rules! There is also a webapp for automatically generating Maze Rats characters, or you can check out a character creation walkthrough I made if you want to see how it works. You can also find plenty of examples of the game itself in action by watching the Sunday Dungeoncrawl videos on my YouTube channel.

In order to download this game you must purchase it at or above the minimum price of $4.99 USD. You will get access to the following files:

I robbed the keyword freeform magic system for a game of Goon Deeps that I'm playing over on rpg.net. The random tables in this are just incredibly good, so much depth of creativity.

Really fun little RPG that is great for introducing new players to RPGs.  Very simple to pick up and the random tables can create a lot of really interesting situations/characters.

The random tables alone are worth the price! Check out this great rules lite RPG! 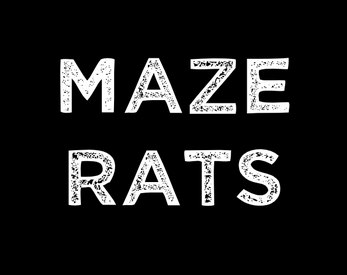