Looking for an adventure for Knave? Try The Waking of Willowby Hall

KNAVE is a rules toolkit by the creator of Maze Rats and The Alchemist's Repose for running old school fantasy RPGs without classes. Features include:

High compatibility with OSR games. If you have a library of OSR bestiaries, adventure and spell books, little or no conversion is needed to use them with Knave.

Fast to teach, easy to run. If you are introducing a group of new players to OSR games, Knave allows them to make characters and understand all the rules in minutes.

No classes. Every PC is a Knave, a tomb-raiding, adventure-seeking ne’er-do-well who wields a spell book just as easily as a blade. This is an ideal system for players who like to switch up their character’s focus from time to time and don’t like being pigeonholed. A PC’s role in the party is determined largely by the equipment they carry.

Abilities are king. All d20 rolls use the six standard abilities. The way that ability scores and bonuses work has also been cleaned up, rationalized, and made consistent with how other systems like armor work.

Optional player-facing rolls. Knave easily accommodates referees who want the players to do all the rolling. Switching between the traditional shared-rolling model and players-only rolling can be done effortlessly on the fly.

Copper standard. Knave assumes that the common unit of currency is the copper penny. All item prices use this denomination and approximate actual medieval prices.

Creative Commons Attribution 4.0 International License: You are free to share and adapt this material for any purpose, including commercially, as long as you give attribution.

Designer commentary. The rules include designer comments explaining why rules were written the way they were, to aid in hacking the game.

Source text. When you purchase this game, you also get a copy of the Word document I used to make it. Edit it to create your own custom Knave ruleset! (You will need the free fonts Crimson Text and Sebaldus-Gotisch to display it properly).

In order to download this RPG you must purchase it at or above the minimum price of $2.99 USD. You will get access to the following files:

Any updates on Knave v2?

Thank you so much for putting this out under a creative commons license! That is so generous. I used some of your spells (with attribution!) for a Bard class I wrote for The Black Hack 2e. I love that so many of the spells are built as interesting tools rather than magical weapons.

Hello there!
My name is Ferenc and I am having a small publisher company in Hungary, and we are publishing indie RPGs in Hungarian. Is there any chance to translate and publish Knave?:)

Here is my email: rollinspublisher@gmail.com

Knave is published under a Creative Commons license, so you are free to do anything you want with the text, including translating and selling it, as long as you give attribution to me.

Thank you very much for your reply! :)

Any suggestions for a good OSR Bestiary? Preferably one that I can buy a physical copy of. Thanks!

CC1: Creature Compendium from Lulu. You can also get the PDF free from DTRPG.
https://www.lulu.com/en/us/shop/richard-leblanc/old-school-adventurestm-accessor...

Basic Fantasy also has a large bestiary spread across the core book and both field guides. Due to the quantity across these 3 books, there is also an index to download from their page. You can order physical copies from either Amazon or Lulu, with the exception of Field Guide Volume 2. Do note that the Field Guide Volume 1 print release is much more behind the pdf.
https://basicfantasy.org/downloads.html

For all of these, you could also print the pages out and put them in a binder.

Thanks for the info!

In Character Creation, under 2, you say "armor comes with an armor defense value." I can't find a reference anywhere else to "armor defense value." There are four results listed under Starting Gear - Armor, but no numbers associated with them. Where do I find the value?

I found it. On the Item Costs page under Armor. Search doesn't work when using the wrong term. :|

Thank you for including the .docx file. I've run a few Knave sessions now and am excited to tinker with adding house rules, my own commentary, etc., directly into the file. 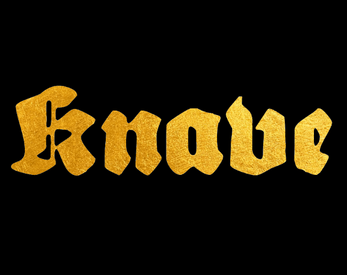